A lttle over a year ago Forgeworld release Imperial Armour Books 9 and 10, which together expanded on a key bit of history in the Warhammer 40,000 universe, The Badab War. For me these books represented the best evocation Games Workshop has produced of the most iconic figures in all of 40K's lore, the mighty Space Marines. Within these books the space marines became more than just the bland super soldier images of some of the other publications but truly interesting and often flawed characters as well as beings of awe and terror in the eyes of the rest of humanity. True angels of death. A prevous attempt to bring the accompanying campaign failed, for a variety of reasons, but not least of which was the sheer daunting task I set myself. I'm now more focused and have a better understanding of how to achieve my goal so will be pushing ahead with another attempt. Thanks for reading - Tom 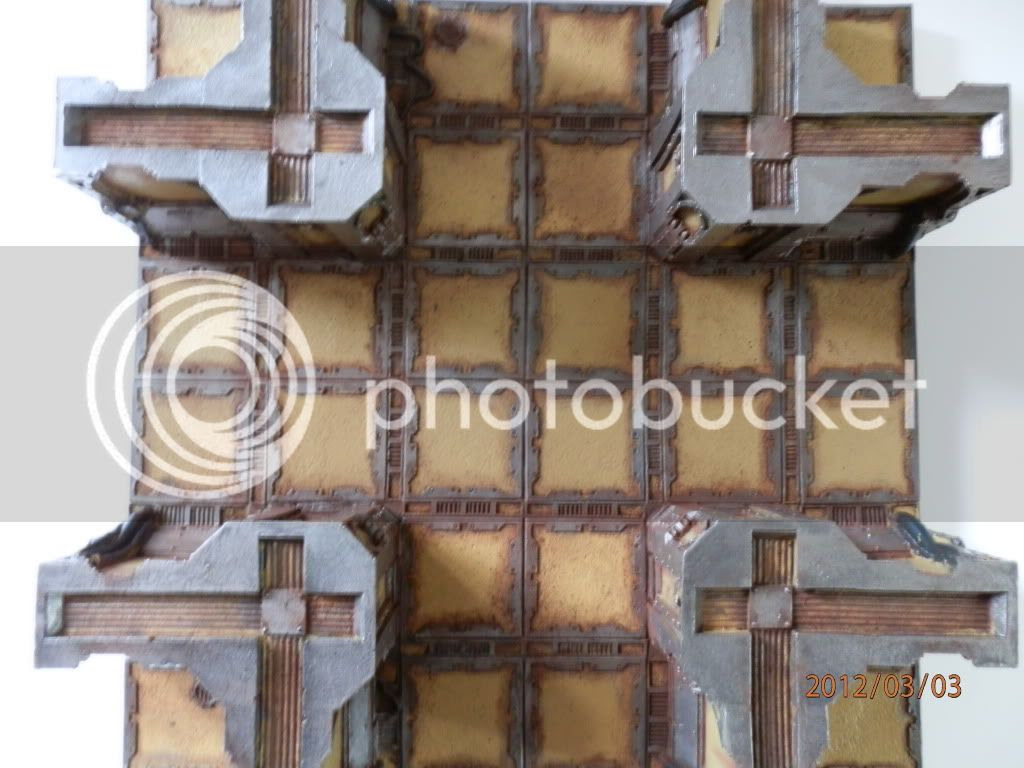 One of the reasons that the last attempt at the Badab War Campaign didn't get off the ground was the requirment to take on the daunting task of creating terrain to simulate the inside of space ships for the brutal boarding action missions that dominate the first part of the campaign. I never found the time to really get stuck in to this mammoth project so the terrain avaialble ended up fairly bland and uninspiring. Forgeworld has made this a bit easier of late with the release of the Zone Mortalis set and I've invested in enough for a 4' by 4' board. 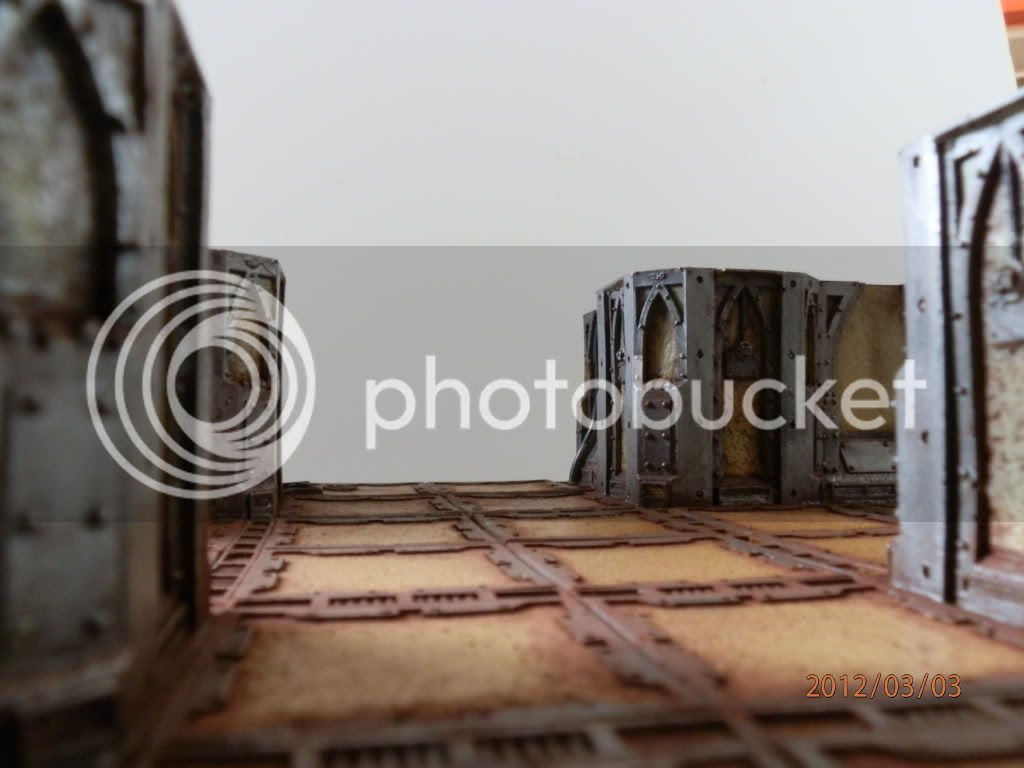 I painted my first piece over the weekend and I'm fairly pleased with the results. As you can see from the photos it's a bit rough around the edges and I'll make no apology for that. If I want to have any change of getting things done a certain amount of haste is required and once you've got a table full of this stuff no one is likely to notice a few slips here and there. 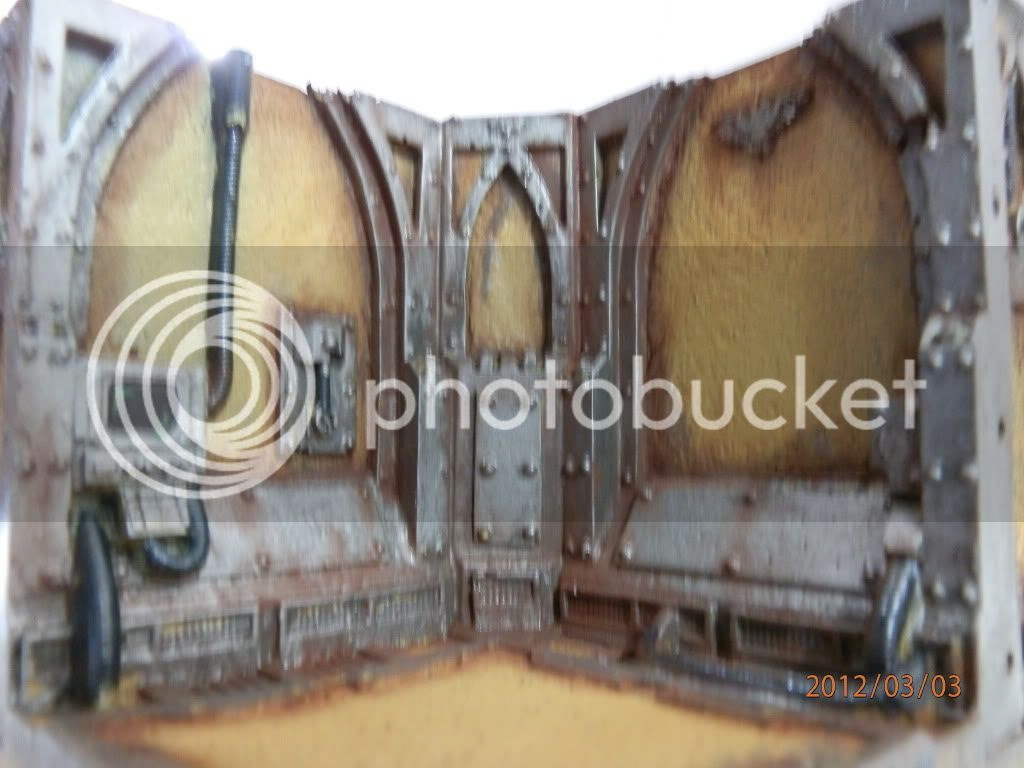 The board has been undercoated in Army Painter Desert Yellow with the metal areas being based with Charandon Granite and then Boltgun Metal. The pipes are Orkhide Shade and the whole models been weathered with Forgeworld Dark Earth Weathering Powder. I'm a recent convert to this stuff and after getting used to how the apply it can see lots of potential for an easy way of improving the look of alot of terrain pieces. 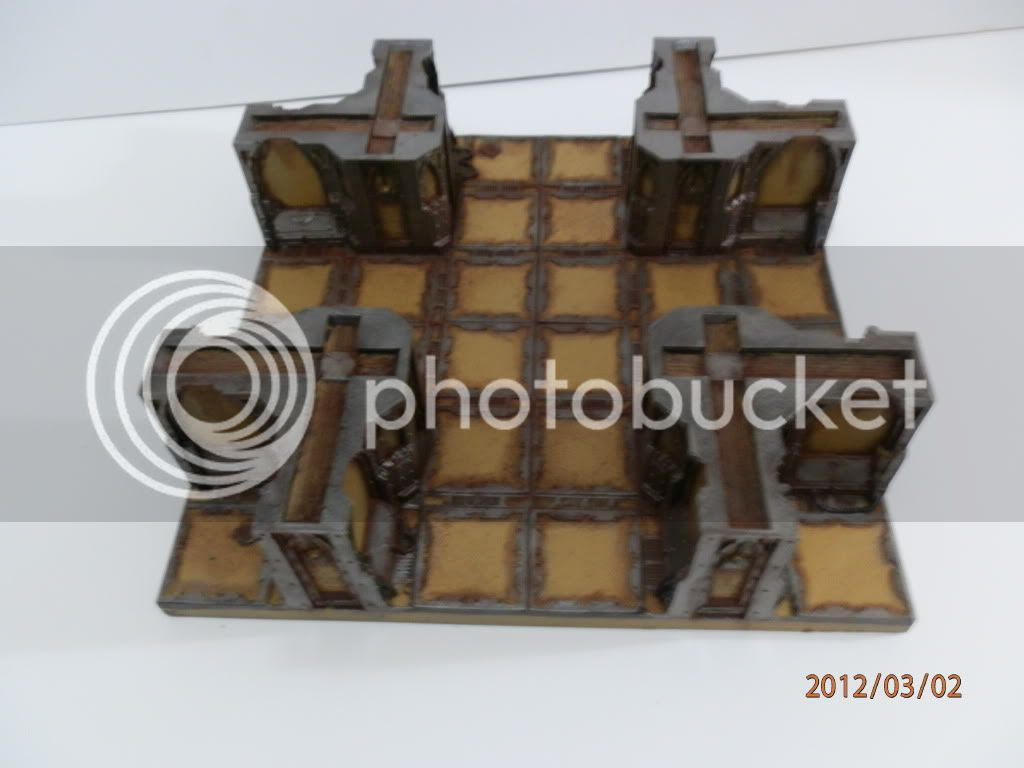